Co-owner and CEO of M&I Systems Group, with international expertise in finance, technology, and innovation. A forward-thinking professional focused on implementing his skills in developing game-changing products, sparking ideas, and elevating businesses. He believes firmly in empowering people and leading by example through continuous skill development. An American student, passionate hockey player, and a father of a girl named Sofia. President of the Group

Co-owner and President of M&I Systems Group, an entrepreneur with over 25 years of experience in the software industry, business strategy, technology investment, and management. As one of the driving forces behind the M&I Systems Group, Vladan's relentless energy is paving the way for the Group to achieve global success. Vladan is an American student dedicated to navigating the Group through progressive thinking, bold creativity, and impactful solutions. He is an active hockey veteran and sports promoter. A father of Marija, Jovan, and David. 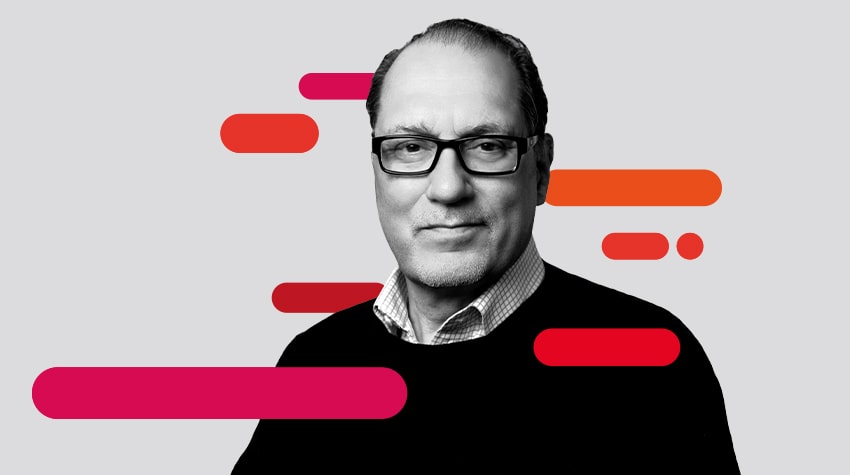 An angel investor and entrepreneur, with over 25 years of international experience, experience in SAAS, fintech management, capital markets, and risk management. 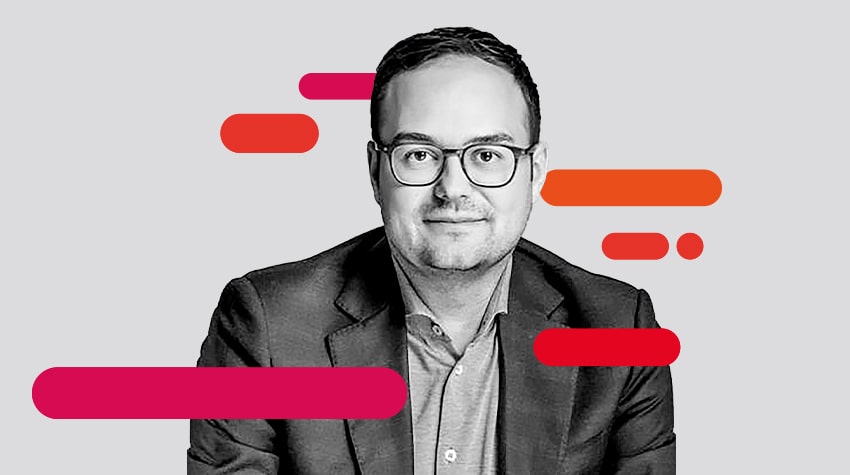 A seasoned professional with over 15 years of experience and expertise in strategy, innovation, intellectual property management, and corporate finance and ventures. 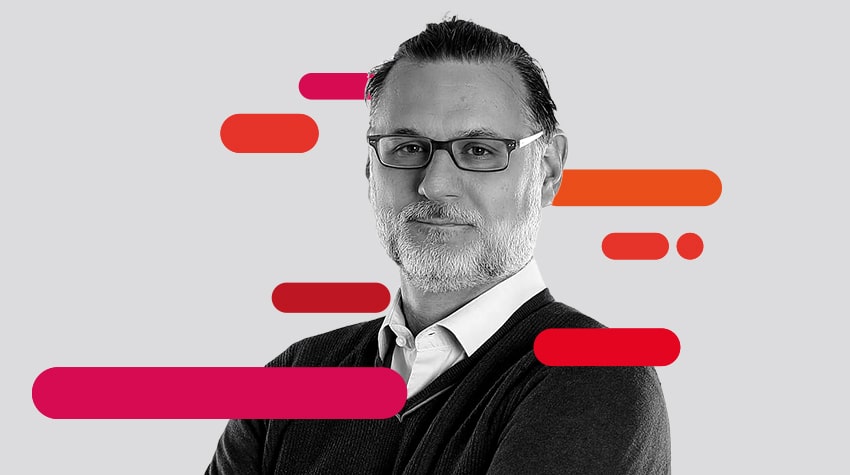 Head of the "Digitalna Srbija" Initiative that strategically develops a strong and globally competitive digital economy in Serbia. Over 20 years of experience in various leadership positions in companies in the digital ecosystem. Highly motivated, people-oriented, and proactive professional with more than ten years of experience in HR in various industries (art, energy, sales, IT), where she developed as an individual and as a professional by participating in the creation of numerous HR processes.
A results-oriented person with strong organizational and analytical skills and deep knowledge of labor law. A psychologist and soft skills trainer who believes in the concept of lifelong learning and thinks everyone can achieve their potential with adequate motivation and support in a stimulating environment. A mother of two children, Petar and Sonja. Highly motivated, results-oriented, and proactive professional with 15 years of experience in project portfolio and project management. She has strong organizational and analytical skills, currently focused on business development and strategy alignment, identification of major capital projects, joint ventures, potential M&A targets, and other strategic partnership opportunities within the M&I Systems Group.
Her first love and passion for theater and creative expression are incorporated into her approach to everyday work.
Currently, in addition to her regular job, she is the Vice President of the Project Management Institute of Serbia. 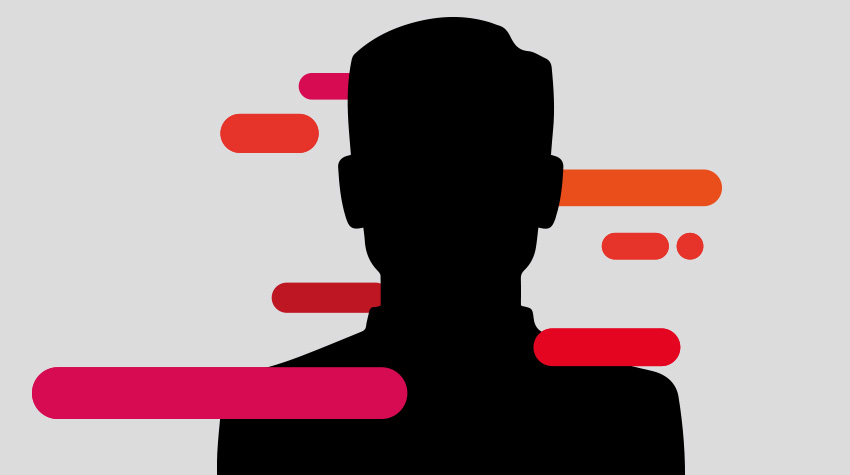 Darko Spasojević was born in 1974 in Doboj. He graduated in 2001 from the Faculty of Electrical Engineering of the University of Banja Luka.
He has been working at M&I Systems Banja Luka since 2002. So far, he has spent his entire career in the process digitalization and implementation of information systems in various industries, public administration, and companies.
With more than 20 years of experience in sales, contracting, software implementation, and project management through various managerial positions, he is dedicated to strategic goals and continuous growth and development of the organization, with a strong focus on sales results and customer experience.
He speaks English. In his free time, his interests are motorbikes, MTBs, skiing, and table tennis.
He was appointed as the director of M&I Systems B&H on September 19, 2022. As CFO of M&I Systems Group, she is responsible for managing and monitoring all financial performances of the company - analytics, reporting, and planning.
She has been working in the IT industry for 16 years, most of which she spent as CFO at Execom and gained extensive experience, not only in the financial, legal, and strategic aspects of the business but also in the technological and operational aspects, which she now successfully applies in her daily work. Experienced professional, focused on building productive and long-term client relationships, highly versed in articulating product benefits and creating solutions that provide value.
He graduated from the Faculty of Economics in Subotica at the University of Novi Sad. He built his work experience mastering business software through several different roles. From implementation to development of ERP, POS, E-commerce. Since 2019, he has focused his knowledge and passion exclusively on the development and implementation of CRM solutions.
He joined M&I Systems Group in 2020 when it established the Salesforce practice.
He has been playing soccer recreationally for over 10 years. Passionate cinemaphile and book lover. She started her career at M&I Systems in 2006 as an intern. Until 2014, she worked as a consultant and developer for business intelligence solutions, participating in almost all projects of our company in the private and public sectors, after which she assumed the role of a team lead. In 2018 and 2019, she led the department in charge of delivering a group of performance management software solutions.
In 2020, she became responsible for the delivery of ERP projects to new clients, and in 2021 she took over the business management of the entire ERP and BI business line. During her career, she managed some of the largest clients of M&I Systems Co.
She graduated from the Faculty of Economics, University of Novi Sad, majoring in Business Information Systems.
She is the mother of two boys, Danilo and Ilija. Jasmina Patačko has been a member of the management of M&I Systems since the beginning of 2019.
She acquired knowledge and leadership skills by working for over 20 years in various leading positions in a multinational corporate environment. She devoted most of her professional career to large transformational business projects involving the standardization of business processes in sales, logistics, production, controlling, and profitability analysis, then to SAP ERP implementation projects and operational business excellence projects that aim to increase the productivity and efficiency of large companies.
She has a degree in Computer Science from the University of Novi Sad, Faculty of Sciences, Department of Mathematics and Informatics.
She is Marko's and Lola's mom. Mita Stojić is an IT expert with 20 years of experience in software engineering. He has participated in more than 100 successful software projects in all stages of the software process.
Since 2004, he has ventured into entrepreneurial waters as the executive director of TIAC, where he is still a co-owner. In addition to software process development skills, joining TIAC has broadened the field of work that is increasingly moving to the business side of software development, including project management, quality assurance, marketing, pre-sales, sales, and all other activities required of managers in a software company.
After the position of technical director at M&I Systems, where he managed the technical aspect of development and maintenance of the company's in-house software products, Mita moves to the position of the manager of the Managed Development Center at the M&I Systems Group level, where he is in charge of the department that offers product development services for clients.
He is the father of three daughters: Lara, Lenka, and Lola. 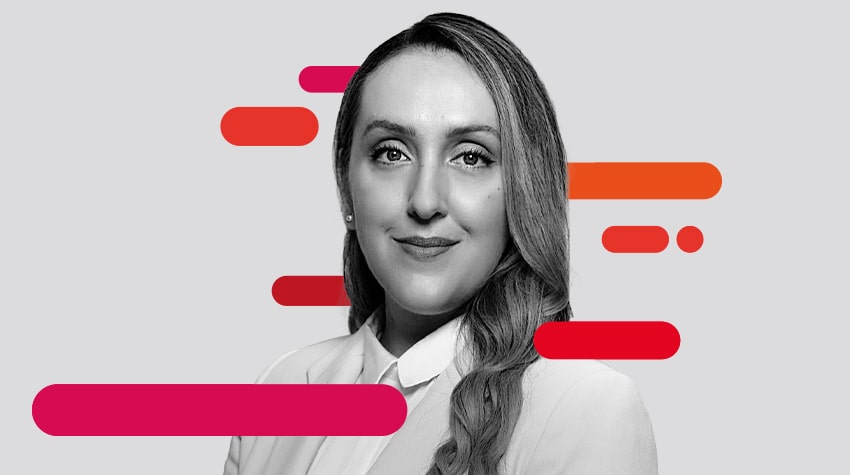 Snježana has been in the IT industry since 2009 and built her career working for the same company. She has been proudly pointing out her successes and experiences from M&I Systems’ journeys throughout the years.
After completing her studies at the Faculty of Economics in Subotica, majoring in Business Information Systems, she got the opportunity to do the job she was trained for, which was her love that continues to this day.
Her career path is very diversified, from an ERP consultant to an ERP specialist with multidisciplinary process knowledge, through Project and Product Management, to Team Lead/ERP Support and Implementation Manager. She has worked on 60 successful large and medium IT projects(ERP, RPA, BPM, Consulting, and Project Management...) and built several teams as a Mentor and a Team Lead.
She is currently in charge of the management of M&I Systems, Co. GmbH in Austria and expansion into the DACH region market, but also onboarding software robots together with the RPA team across the region and Europe. He’s a professional with many years of experience in the design and implementation of business information systems.
His area of expertise is sales, design, implementation, and maintenance of ERP solutions. He has led over 100 successful implementations in SMEs and ten other large companies. These implementations were carried out in the markets of Serbia, Croatia, Montenegro, Macedonia, Slovenia, and Bosnia and Herzegovina. He started his career at Amber Software, a company engaged in computer networks and equipment, and a year later, in August 2012, he moved to the M&I Systems Group.
He initially built his professional experience in consulting, where he spent seven years, and then he spent two years in the position of Support Manager.
In April 2021, he took over the position of Sales Manager.

He is a graduated economist, a co-owner, a member of the Management Board, and the director of Procesna Inteligencija d.o.o. Split.
He graduated from the Faculty of Economics, University of Split. In the final year of his studies, he got a job as a salesman in international trade at the Phoenix Professio company. Eight years later, he continued his career in Enel Group Split as the director of a member of the group responsible for the implementation of software solutions (ARIS) and business process analysis and management projects, as well as the head of commercial affairs and marketing of Enel Group. From 2006, after active participation in the acquisition process of Enel inženjering d.o.o., he was employed as a member of the Management Board and director of IDS Scheer (member of the Scheer AG Group). From 2010 to 2015, after the acquisition of IDS Scheer AG by Software AG, he also worked as the Vice President for the South Europe region, responsible for the operations of member and partner companies in 13 countries of the Balkan region and Southeast Europe.
In 2013, he became the founder and owner, and since 2016, he has been the co-owner and director of Procesna inteligencija d.o.o., a member of the M&I Systems Group, responsible for the operational, financial, and organizational business of the company and relations with domestic and international partners, suppliers, and clients.
He lives in Split, is married to Olja, and is a father of two daughters, Dora and Marijeta. Vladimir Mandić, Ph.D. is a software engineer and expert with extensive international experience.
He completed his doctoral studies in Information Processing and Software Engineering in Finland and the USA. He is a member of the teaching staff of the Faculty of Technical Sciences of the University of Novi Sad.
Since 2004, he has been the co-founder of TIAC Group, a software development company.
He has applied his knowledge in strategy development, organizational processes, improvement of software processes, and HR to more than 50 commercial software development projects.
In 2014, he launched a department within the company, TIACLab - dedicated to experimentation, innovation, and improvement of methodologies and principles of working with technologies, processes, and products.
Share Tweet Share Pin
Close Menu
Email